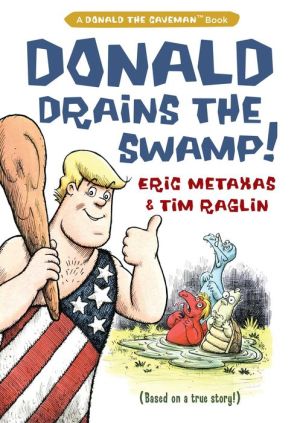 Donald Drains the Swamp by Eric Metaxas, Tim Raglin The cavemen need help. Their King has forgotten all about them, thanks to the swamp creatures who surround the castle. “They’re slippery!” “—and scaly!” “and SLIMY!" Donald is just a caveman. But when the people ask for his help, he realizes there’s only one way to save the kingdom: DRAIN... THE... SWAMP! Written by #1 national bestselling author and humorist Eric Metaxas and illustrated by award-winning artist Tim Raglin, Donald Drains the Swamp is a whimsical parable for the current political moment.